There are many different free-kick variations and there are no limits to your creativity. Below are two options which can make the difference between winning or losing. 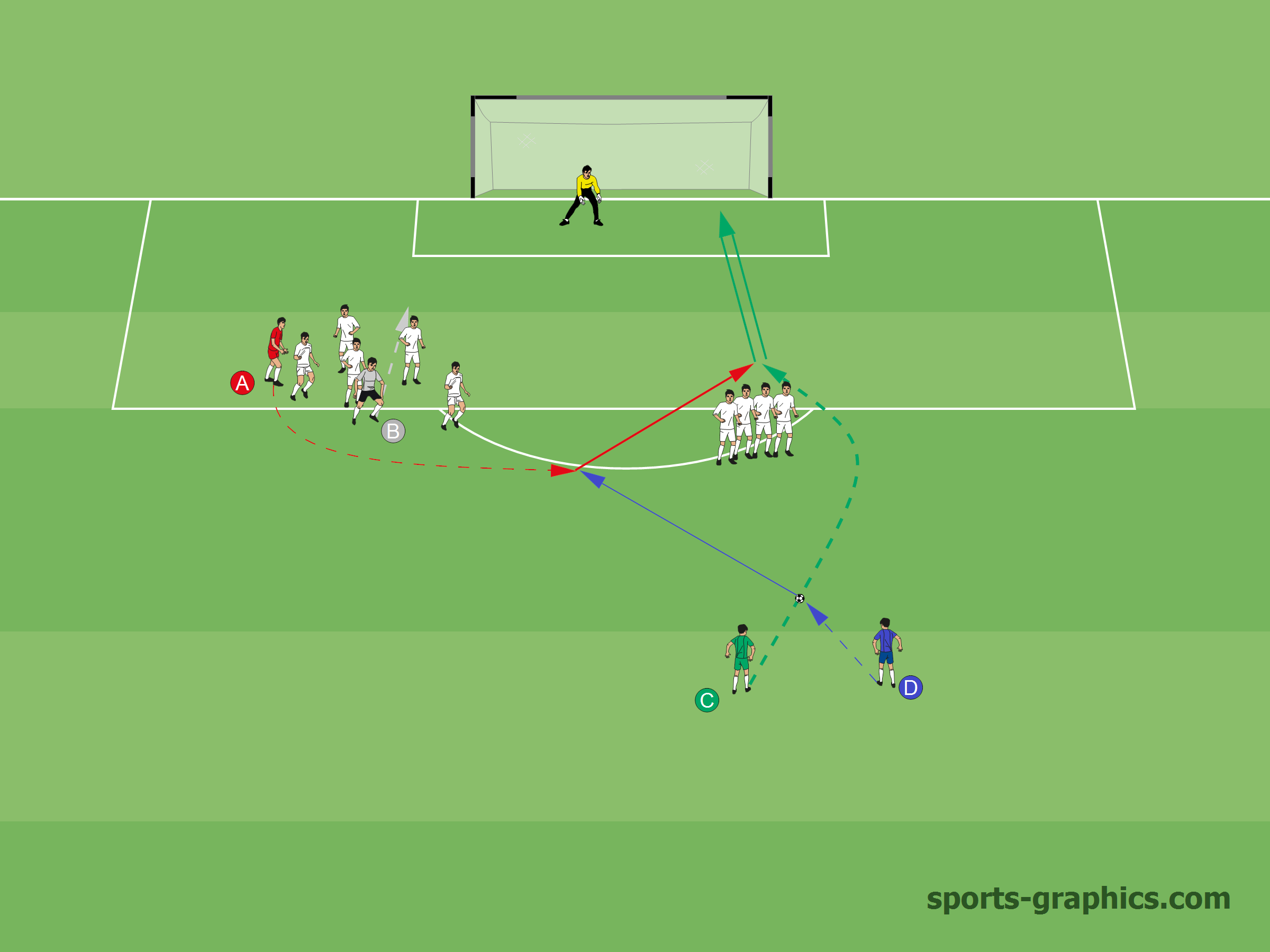 Player C and D stand by the ball in this variation. Player A and B remain in the penalty area on the same level as the second goal post.

Player C and D start together, then after a moment player D stops. Player C fakes a shot and runs over the ball towards the outer side of the defensive wall. When player C runs to the ball, player B moves towards the goal and player A runs from behind the opponent and to the centre. Now Player D plays a pass to Player A, who plays the pass directly behind the back of the defensive wall to the approaching player C. Player C has the opportunity to dribble or to shoot the ball directly into the goal.

Player A should move continuously before the free-kick is started to confuse the opponents. The timing of player A is crucial in this variation. This variation can be used if the opponents have an advantage due to height or a disadvantage when it comes to speed compared to the other team. It is important that a clear signal is used for this variation, e.g. raising the left arm.

Variation 2 - A chipped free-kick from a central position 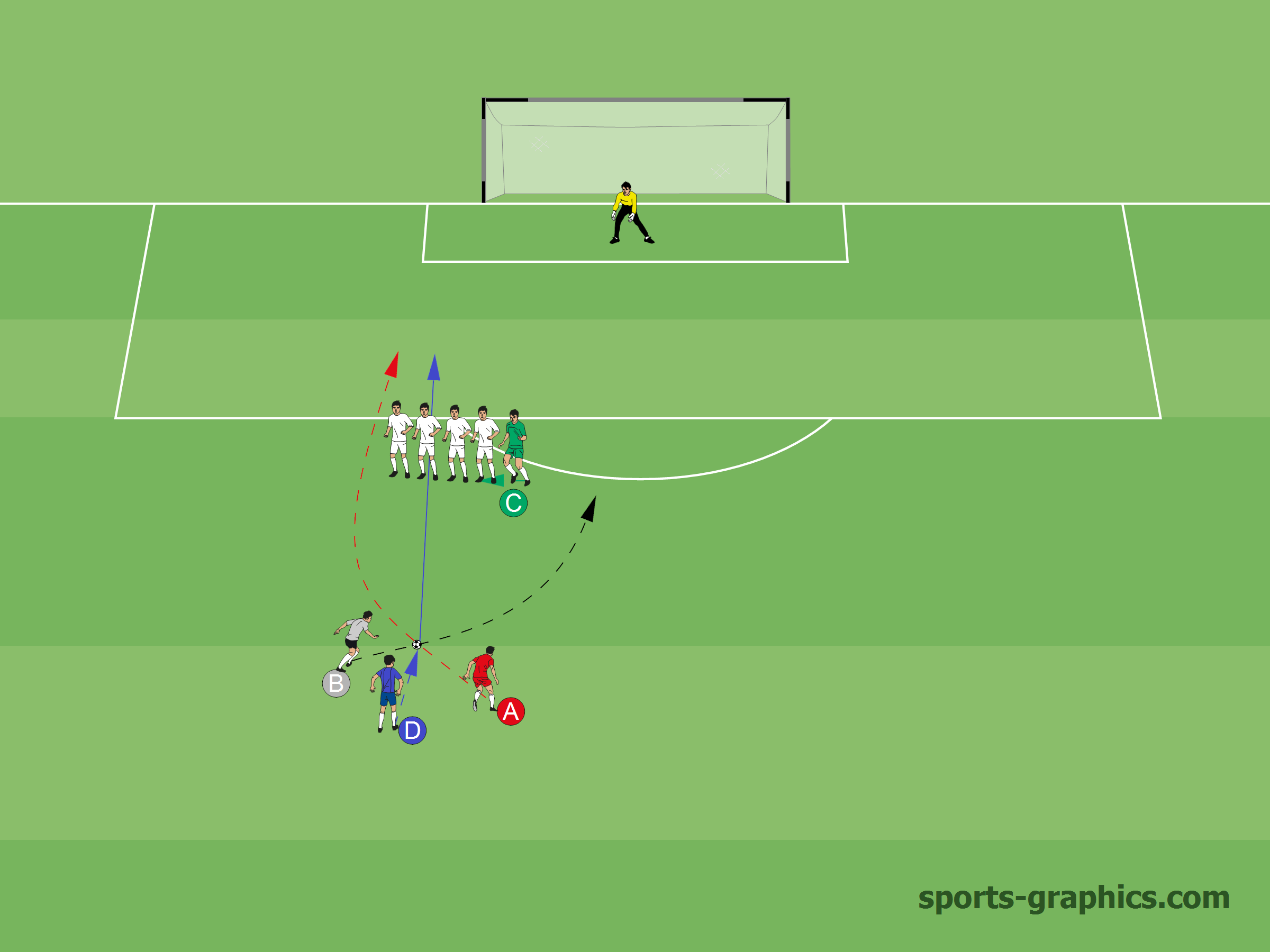 Player A, B and D are by the ball. Player C is standing at the inside of the defensive wall.

All players should fake a shot to distract the opponent from the path. So that they only look at the last player by the ball. It is important that player A is not in an offside position. Player A should see the ball at all times so that he can adjust his running path if necessary. The players should define a sign for this variation. Here, e.g., the player who is taking the shot can lift his right arm. This variation can be done with fast players. The most important player here is Player D since the chipp shot must be played precisely.

Fast and save delivery

We ship orders until 12 noon on the same day.

The shipping charge is mostly 8.90 Euro. For more details please check the detailed information in each item description.

The regular runtime is 2-5 days for UK, Netherlands, Belgium, Italy and France.

This section informs you about the important area of returning purchases.

If I am not happy with a product, can I send it back?

If any product does not live up to your expectations, please contact us immediately on receipt by e-mail: info@teamsports.com

What should I do if I receive a product that I did not order?

In this case you can contact us immediately on receipt of the product by e-mail: info@teamsports.com

What should I do if I receive damaged goods?

Always check the condition of goods when receiving an order and if there is any damage ask the courier to confirm the damage. Then contact us and we will make every effort to send you a replacement immediately.

What can I do if some of my order is missing?

Always check that all of the order is present when receiving an order. If something is missing, ask the courier to confirm this. Contact us and we will quickly send you the remainder of your order.